Sometimes you wonder when you go against the grain, whether you are following the right path. Trusting your instincts can be a lonely and often challenging experience. At Rode Heath, for the past 18 months, we have persevered in our belief that teaching children to think like engineers – to problem solve, visualise, adapt and improve – will have huge benefits in the long term.

Already, we are hearing from KS1 staff that the Year 2s have shown increased resilience this year whilst taking their SATs – a fact that we would attribute to our engineering project. And, this week the Year 4s have demonstrated their creative problem solving skills on a number of occasions during their residential visit to Quinta.

The activity that most springs to mind was the raft building activity led by the excellent Joe, from http://freaxadventures.co.uk/.

This year, a more structured approach to the raft building was taken, with a clear focus on the engineering design process. This was the first time that the activity had been delivered in this way. Normally, the children are given a set of materials and challenged to build; however, we started with some questions about structure and design and the children were tasked with first coming up with a design on paper.

Questions to consider were: –

Some interesting ideas were generated and discussed. 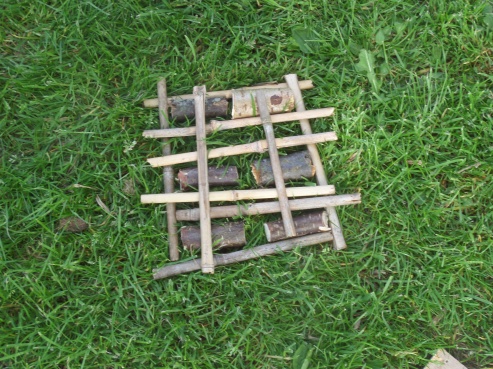 The next stage was to make a model using a variety of different sized sticks. This was a great idea as it really helped the children to visualise their drawings and provided a set of clear steps to construct the life-sized craft. Moreover, it reinforced the benefit of knowing exactly what materials you would need to use – something that engineers do in real life to keep costs down and improve efficiency.

The children came up with these stages in the production process:

Obviously the logs needed to be tied together, so the children had to learn how to tie a series of knots, the most important of which was the clove hitch.

Once the clove hitch has been tied, then the two logs are sandwiched together by a technique called box lashing. This is followed by throttling (all excellent terms) and finally, to tidy everything up, you tie a shoelace knot (reef to those in the know!)

Having been shown these steps, wearing hard hats and buoyancy aids, the children set about constructing their raft. The instructors were extremely impressed by both the children’s teamwork and the way they had picked up the knot making. They could not believe that they were only 8 and 9 years old.

The work put in at the beginning in planning and developing a model to follow, now paid off, as building the actual raft became much simpler. Soon it was time to take it to the edge of the pond, to see if it actually floated.

The objective of the whole process had been to produce a craft that floated and would carry 13 children and an adult around the small island in the pond. This was the success criteria and, according to Joe from Freax Adventures, had rarely been achieved, and certainly not by children as young as ours.

Still, we were feeling confident, and after a brief lesson in how to row forwards and backwards and turn from left to right, the children set off on their epic journey with Mrs Stevenson planted in the middle row and Joe leading the way and shouting out instructions from his canoe.

I was amazed how coordinated the children were – personally I have never managed the technique, and only ever seem to row in circles. Not so our intrepid Year 4s though, and soon they were on their way back, having circumnavigated the island.

If I had known what a success it was going to be, I would have definitely have swapped with Mrs Stevenson – but someone has to do the filming!

The second group of 13, with Mrs Pecora in charge, were equally as successful and rowed around the entire island without capsizing – much to the chagrin of some of them. 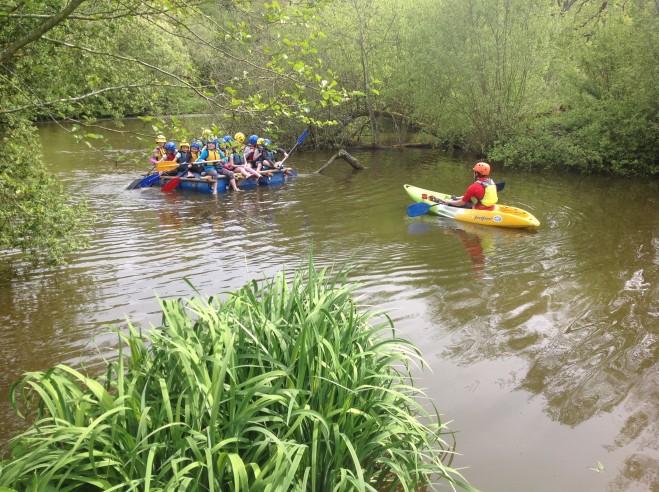 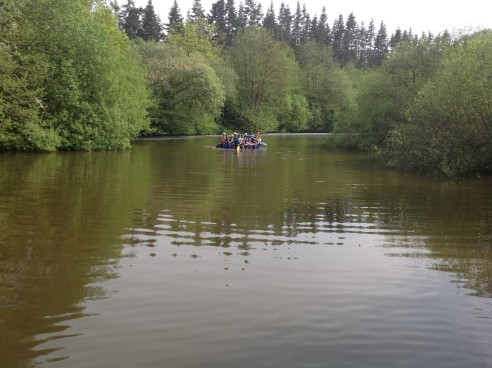 Still, they did make up for it by going in for a second time and leaping off into the very cold and distinctly murky water.