This week we held our first whole school Engineering Day of the autumn term, and the theme was ‘kites’. This time, we had enlisted the help of Pauline Taylor, a specialist kite maker from http://infinitearts.co.uk/.

She led a twilight staff meeting the previous Thursday, to prepare us for the main event. To be honest, I was somewhat concerned, asking staff to stay behind for yet another evening. However, I needn’t have worried – it was hilarious! Over the course of two hours, we made kites of varying difficulties and then ran around like mad things in the pitch black, trying to fly them – some more successfully than others. 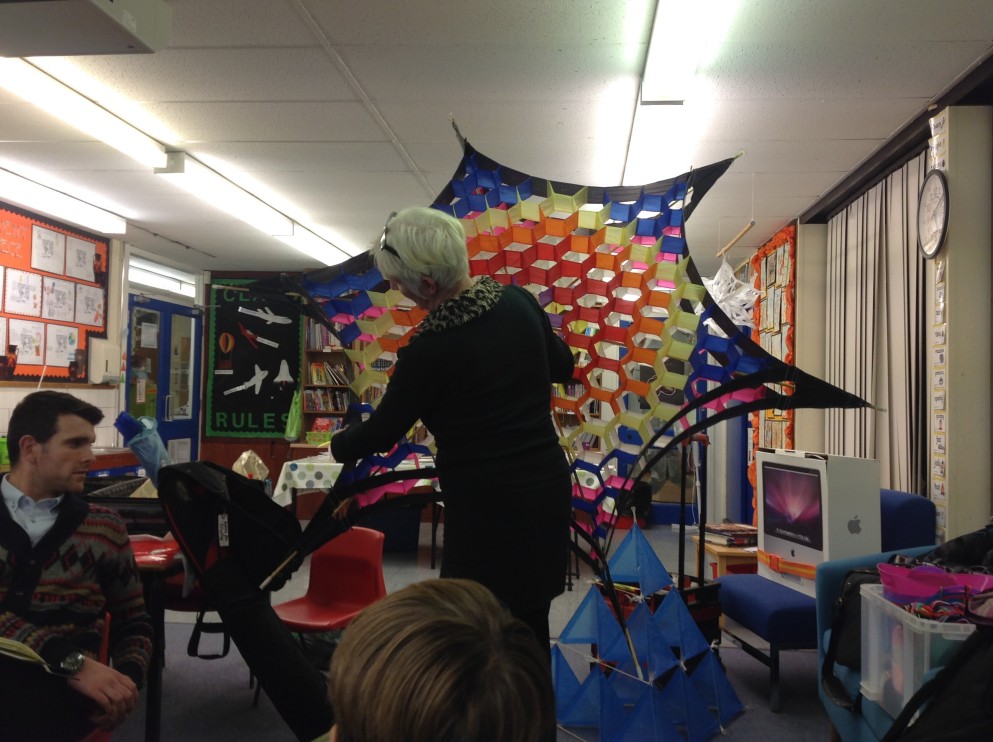 You may be surprised to learn how cross-curricula kites are.

First, there is the history of kites. They were the first flying devices ever made by humans and appear to have originated in China over 2,000 years ago – mainly due to the prolificacy of silk and bamboo from which the kites were made.

One of the most famous kite flyers of all time, was ten-year old, Homan Walsh, who was instrumental in the construction of the Niagra Falls bridge. During a competition, Homan successfully flew his kite from one side of the gorge to the other. Once the kite line was secured, heavier and heavier line was fed across, until a steel cable could be connected across the gorge to allow the bridge construction to begin.

Alexander Graham Bell, famous for the invention of the telephone, had a great passion for both aeronautics and kites and was also known for his experimentation with very large man-lifting kites: https://publicdomainreview.org/collections/alexander-graham-bells-tetrahedral-kites-1903-9/ 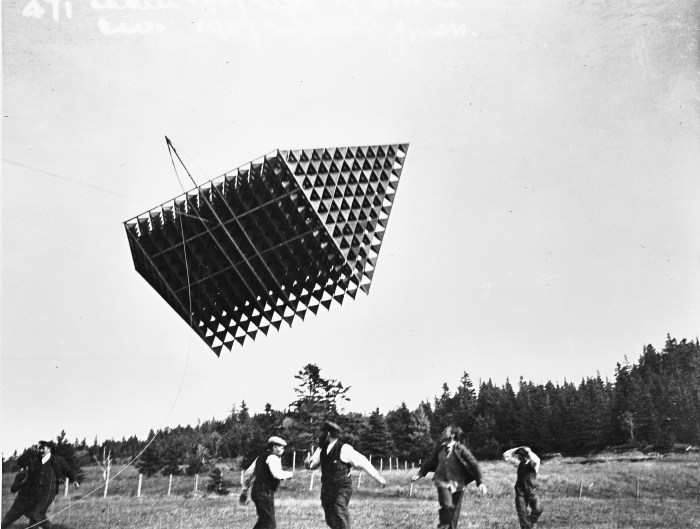 These were based around tetrahedrons, one of nature’s most stable structures, which leads us nicely  to the maths elements of kite making: symmetry, measuring, ratio, scale and proportion, angles. 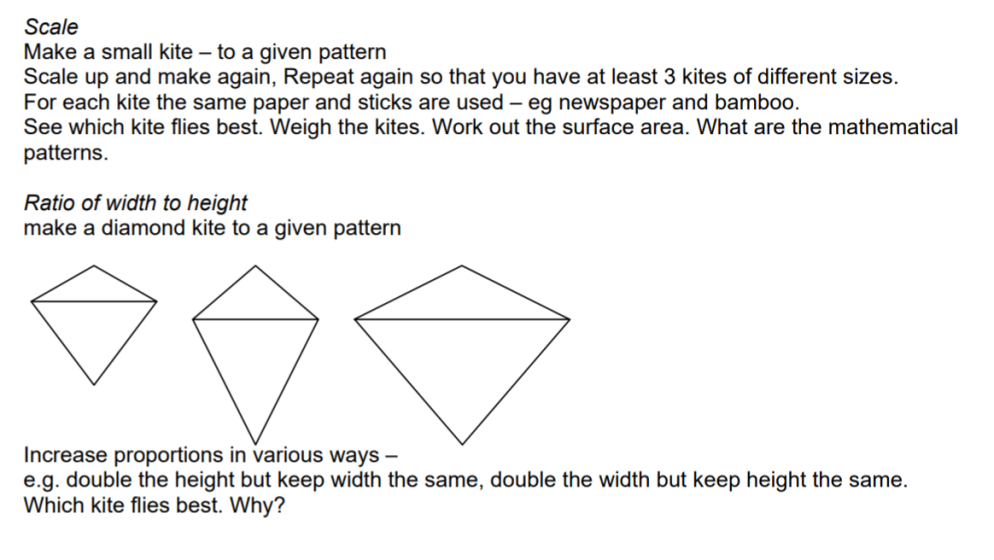 Kite-making has strong links with science, particularly forces. There are two main principles involved in the aerodynamics of a kite: the first is Newton’s Third Law of Motion and the second is Bernoulli’s Theorem. This offers opportunities for children to develop their questioning skills. Does increasing the surface area of the kite improve the way it flies? What happens if we change the fabric? 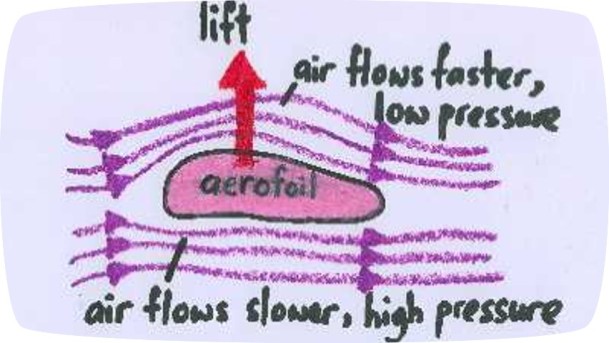 We intended to look at many of these aspects both before and after the main event . . .

As with all our whole school engineering days, we invited parents to come and work with their children. This not only allows us to share our engineering vision, but also provides teachers with an extra pair of hands, which is always useful.

The day started with a short assembly by Pauline, who wowed us with her magnificent display of kites. She told the children that although she had thought she was primarily an artist, she now felt that she was an engineer, as she was making kites and then adapting and improving them – something that engineers do all the time.

Following the assembly, we all went back to our classes, were the making began. The plan was to make three different types of kite of varying degrees of difficulty: Diamond, Sled and Vietnamese. Each key stage was allocated a particular model to try.

There were detailed instructions, and all the materials had been previously supplied by Pauline – even down to the Sellotape dispensers – so we were ready to go. We were all initially making the kites out of colourful plastic bags that had been cut to the correct size (for the lower key states, anyway!) To cover costs, this time we had asked each pupil for a contribution of £3, which helped finance the event.

The children worked enthusiastically together, measuring their bridles and flying lines, tying knots and attaching bamboo to provide structure to their kites. Having secured their tails, a key factor affecting stability, they were all keen to test out their creations.

The wind was not as strong as we might have liked; however, it was a beautiful sunny day, and once safety instructions had been read and digested, we ventured outside with our kites. Fortunately, classes finished the making process at different times, so we were able to stagger the flying experience and avoid most tangles: although a few over-enthusiastic pupils had to have their kites rescued from trees. 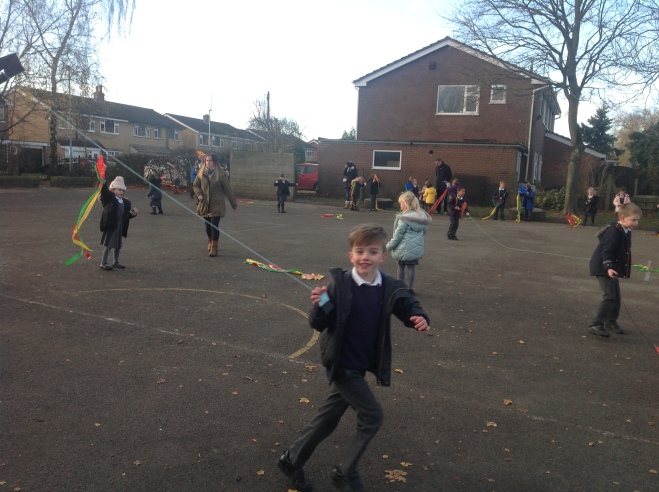 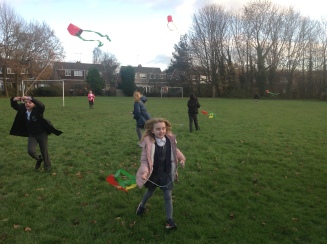 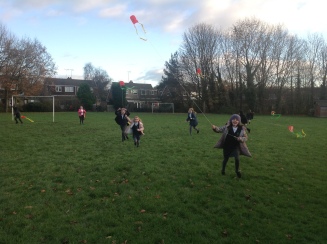 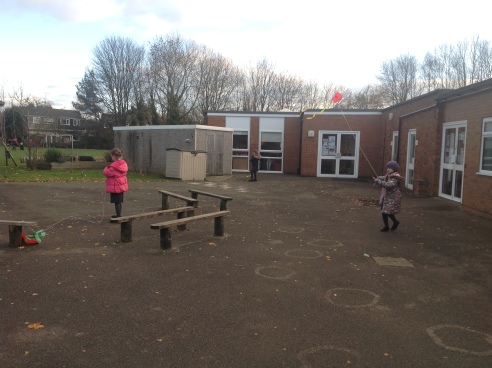 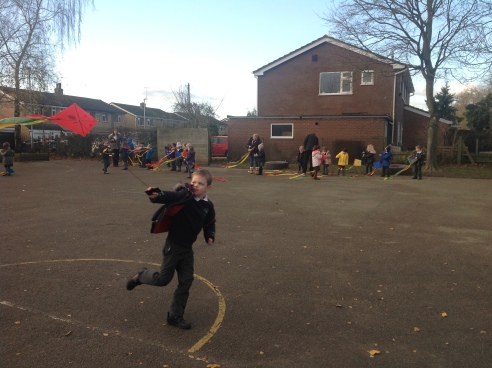 The children soon learned that it was best to fly into the wind and that longer tails made for more stable kites. There was certainly a lot of physical exercise in evidence. Ideally, you shouldn’t run with a kite, but the desire to get them airborne was too great.

After lunch, time was allocated for modifications and improvements, then back out to test again . . .

It had been a wonderful day, full of valuable learning.

In 1760, kites were banned in Japan because too many people preferred flying them to working. I can see why.