e of Thursday, Year 5 worked with Marc Fouldes from Siemens on their problem-solving skills. The focus of all the sessions was about finding out why problems occur and then developing solutions.

We started off with some warm-up activities.

Firstly, the children were challenged to think outside the box – literally. They had to draw four straight lines through a 3×3 matrix of dots, without taking their pencil off the paper. This proved quite difficult as the children just wanted to stay within the square structure.

The children were then introduced to the 5 Whys – a repetitive questioning technique used in business to explore the cause-and-effect relationships underlying a problem. The objective is to work out the root cause of a problem by repeating the question “Why?” Each answer then forms the basis of the next question.

An example of the problems that Year 5 came up with was not being able to get up in the morning:

It was decided that the solution would be to have a set-time for going to bed during the week, which was earlier.

The next task was designed to demonstrate to the children why standardisation is so important in business. To do this, they were asked to draw a pig (viewed from the side).

This caused a great deal of merriment – particularly over the teachers’ attempts – although Mr Scott’s SupaPig drew some complimentary comments. It soon became clear however that all the pigs were very different, as we had been given no rules or instructions as to how to draw them.

In business, this would be a very inefficient way of working, particularly if we were going to set up a pig drawing company. The children therefore decided that to help standardise the drawings they should use a grid and follow a set of instructions. Fortunately, this was the right answer and a second attempt duly followed, using said grid. This was the first time Marc had tried this activity and we decided that the American instructions, which were extremely complicated,, so Year 5 were working as guinea pigs, as well as drawing them! It was a great activity; although the instructions were very cumbersome – probably because they originated from an American website. It was agreed that they might need to be slightly modified for next time – all part of the testing and improving process.

Anyway we struggled manfully through and the revised pigs were a great success – much more uniform and therefore proving a valid point.

The key activity of the day; however, was the Marble Roller Coaster Challenge and something that the children had been eagerly awaiting. Having been sorted into teams, the children were given 15 sheets of cardboard, some Sellotape and a marble and challenged to make a structure that would allow their marble to start at the top and run down to the bottom without stopping or falling off. The adults then stood back and observed.

Everyone worked well together, producing rough designs and a prototype, before looking at any problems that had occurred and adapting their designs to build a more finished product. All the creations were very different: some groups even attempted building a loop the loop into their design – quite a difficult undertaking. 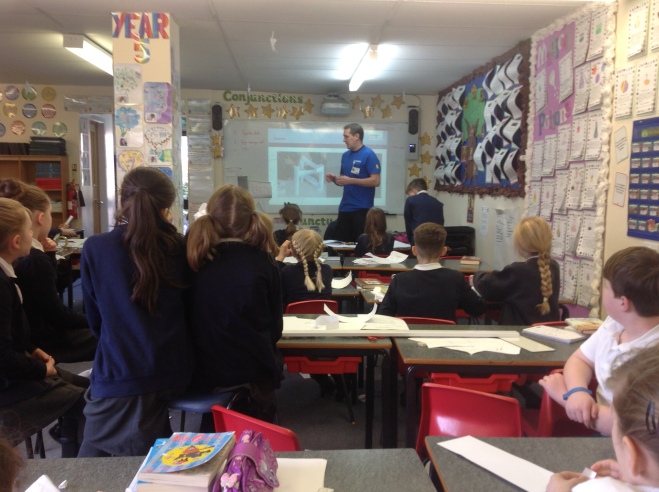 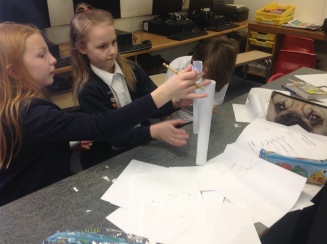 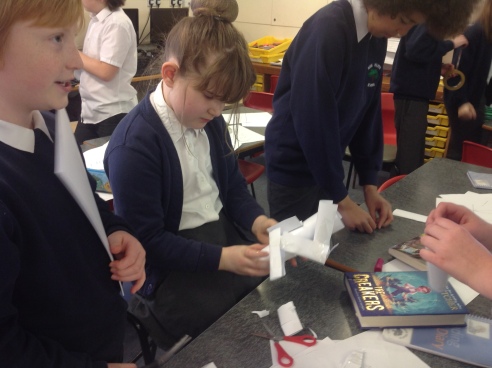 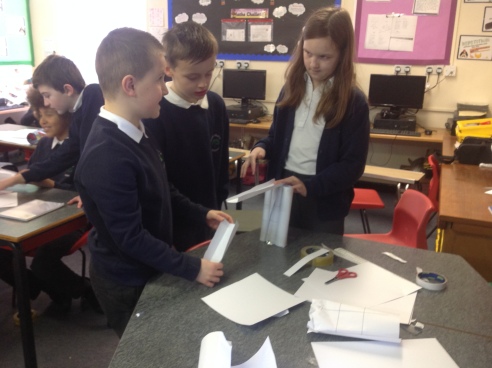 It was interesting to see how far the children’s ideas had progressed from the initial Marble Run Challenge we held back in October 2016 when we launched our Think Like an Engineer project. It was also clear as to how much mileage you can achieve out of this relatively simple activity. It can certainly be repeated with the same children on many occasions – perhaps with different outcomes in mind, such as a maths or computing focus, or a specific objective such as creating a run in which the marble takes a defined number of seconds to reach the bottom. Ultimately, it is the reaction and the engagement of the children that is key – and, of course, whether they are learning anything valuable.

It is our great belief at Rode Heath that children learn best when they are actively engaged in their learning, so today certainly ticked that box. The Year 5s were enthusiastic, on-task and showed a willingness to improve and build on their initial prototypes – all good Engineering Habits of Mind. In fact, at the end of the day the response was – when can we do this again?

Whilst the marble run was going on, in the middle area, teams of 12 engaged in yet another team building activity: the Tower of Power. This involved the children trying to lift a set of bricks using a hook and a network of strings. They had to move them from one location to another, placing them on top of each other to form a tower. This was a difficult exercise. Everyone had to hold their strings tightly and move in unison; otherwise the bricks either fell off the hook, or the tower toppled over. 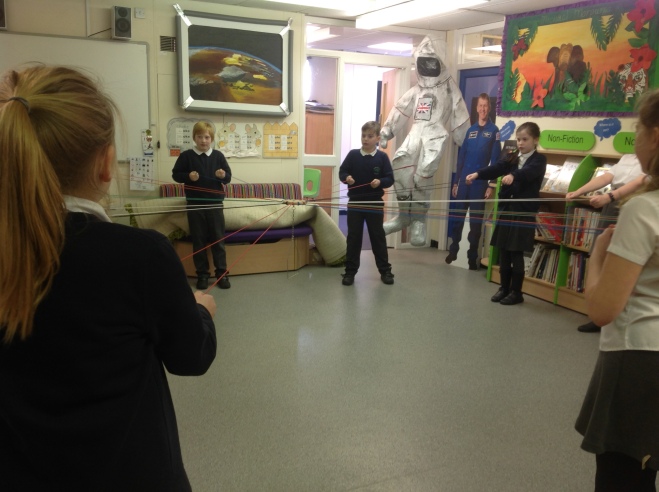 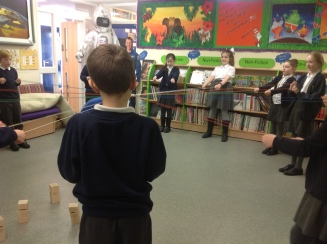 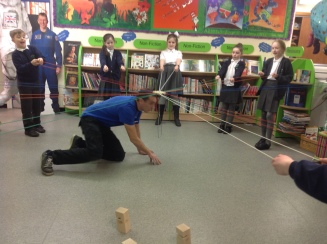 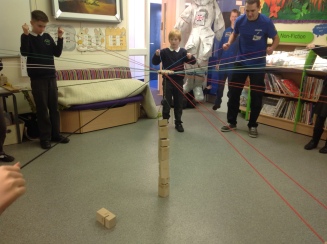 Amazingly, one of the Year 5 teams was successful and managed to put all 8 bricks on top of each other. Another great opportunity to think like an engineer.

Thank you Siemens for contributing to our Rode Heath vision.